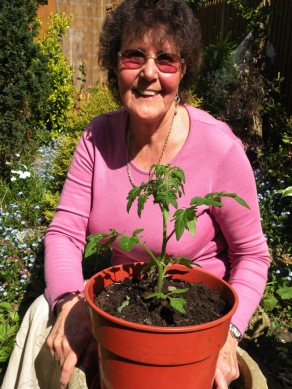 I was born in Hong Kong in June, 1941, six months before the Japanese army entered the then British colony. My father was a soldier in the Royal Army Medical Corps. He was taken to Japan to work in the mines. With my mother I was interned with other civilians in Stanley Jail until we were freed at the end of the war.  In the awful conditions my mother developed an untreated brain infection from which she never recovered. My father survived the war and when we returned to England, he could not cope with 2 small daughters.   I was placed into foster care and then the care of Muller’s Homes, based in Bristol. I remember some things I experienced as a small girl in the camp, such as having to bow to the Japanese guards.   For a lot of my adult life I nursed hatred and bitterness towards the Japanese. I started to experience healing of my hurts when my husband and I became friends with a Japanese Christian family in our church in Godmanchester, Cambridgeshire. Kiku Horinouchi told me about the work of Keiko Holmes, and we were introduced to her and went on a Pilgrimage of Reconciliation to Japan in 2004. My sister and I went on a further Pilgrimage in 2006. On both occasions we were overwhelmed with the hospitality and love shown to us by the Japanese. Thanks to God’s gracious work in my heart and mind, and to Keiko’s ministry, my bitterness and hatred has now gone, and we have many Japanese friends.