Keiko's work in the UK and Japan

Visiting elderly POWs and their families, and public speaking

at universities and churches 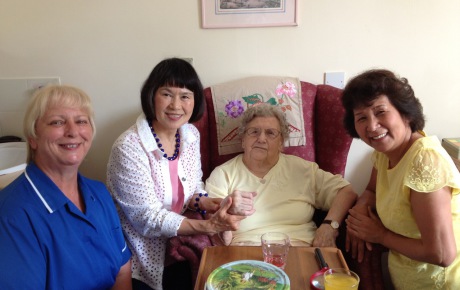 In the UK, Keiko visits the elderly former FEPOWs and their families regularly, attends various meetings and gatherings. She invites them to her home too, for Paradise Lunch.